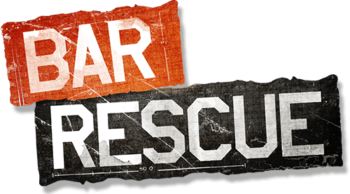 In the Bar Rescue episode Bar Over Troubled Water, Jon Taffer travels to Baton Rouge, Louisiana to rescue a successful bar that was destroyed by flooding. On August 12, 2016, two feet of rain fell (three-times the amount of rain brought on by Hurricane Katrina) in the Baton Rouge region. In addition to the 13 lives that were lost during the storm, more than 145,000 homes were destroyed and $2.3 billion in damages was done to businesses including Big Mike's Sports Bar & Grill in Denham Springs, Louisiana. Big Mike's took in six feet of water. As the mayor of Denham Springs explained after the flood, "nothing can, be salvaged." Normally on Bar Rescue, Taffer and his crew remodel and refinish, but at Big Mike's they had to gut the place and start from scratch. Owner Mike O'Neal didn't just lose his business but his home too. Tatter says the job cost $750,000.

Watching Mike's wife Jocelyn talk about the fateful day is heartbreaking. Mike was at work while she was home with their three children, watching water come into the house. "It was the scariest night of our lives," she says crying. (They were rescued by boat.) Big Mike's chef Mookie gets choked up talking about it too. She was supposed to be at her son's wed- ding that day. This is one episode where the bar really needs to be rescued, and not due to some delinquent bar owner.